YottaZetta is an art duo made up of Ólöf Benediktsdóttir and Rán Jónsdóttir. We work with various materials in our visual research of Icelandic culture.

The summer of 2014 my friend Árni Þorlákur called me up to ask me weather I was coming to the festival he was organising during Verslunarmannahelgin, the first weekend of August. I hadn’t given it that much thought but since he personally called me to ask me to come then sure, I didn’t have any other plans. “Cool! Great!” he said “Would you maybe like to make a backdrop for the bands?” he asked and I said sure, why not. And thats how I wound up being the art director of Norðanpaunk.

In 2014 I had a limeted amount of time so the backdrop just had NORÐANPAUNK painted on a black background (mainly to cover the weird blue and glittery wall behind the bands).

Next year, 2015, Magnús Skúlason and I made a painting depicting the crucifixion of a bunny as the backdrop. 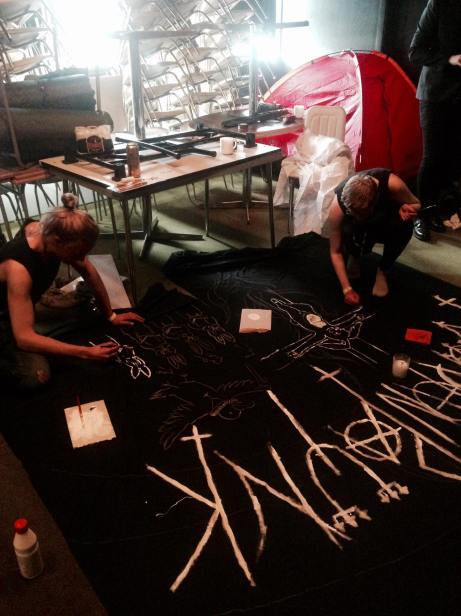 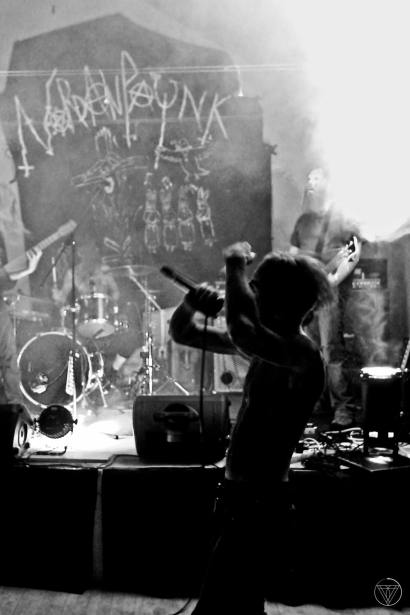 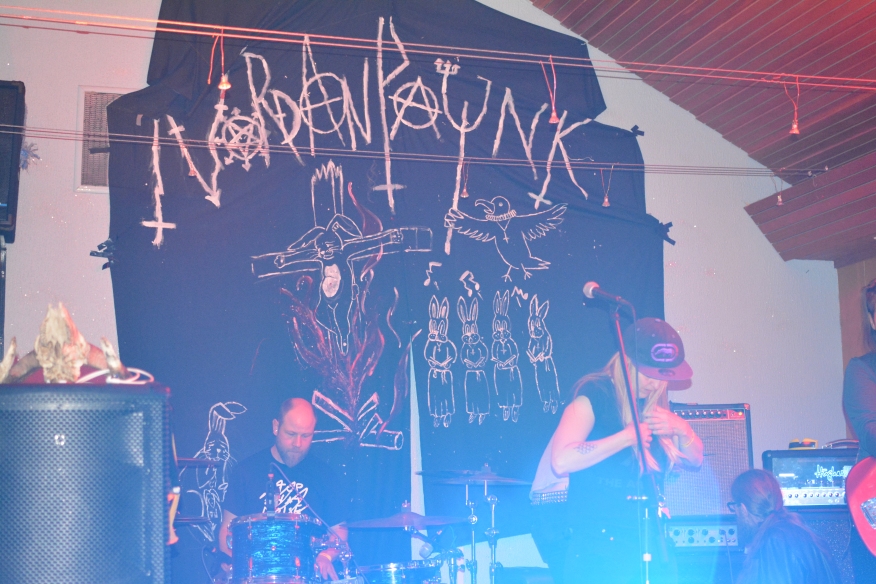 In 2016 I made a big partyhead and hosted an open art workshop in the hallway. 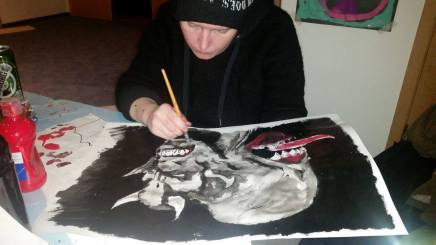 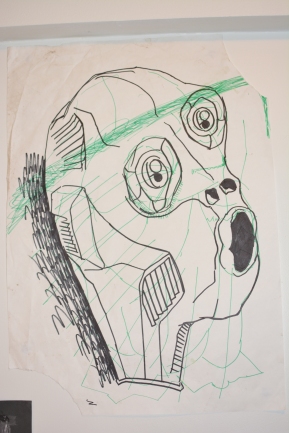 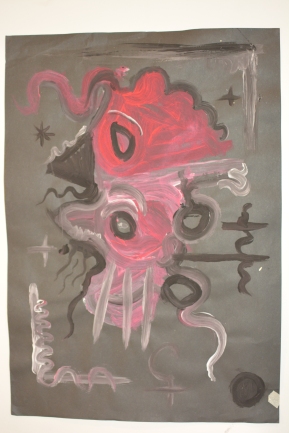 In 2017 I fully joined the organizing team of Norðanpaunk and took active part in organising series of warm-up concerts called Krossfest. I recruited Ágústa Björnsdóttir to make the 2017 backdrop and we collaborated to make a t-shirt for Krossfest, and all profit of that go towards making Norðanpaunk happen. 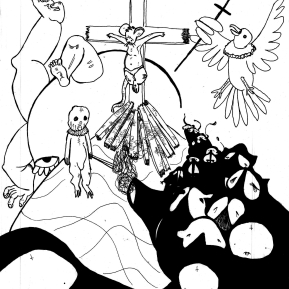 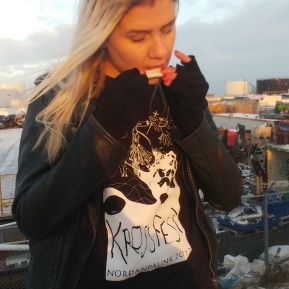